Like many men currently between the ages of 18 and 45, I’ve read some Tim Ferris books in the last decade. The Four-Hour Workweek was a big inspiration for me early on the crystalline path to the realization of Camp Gemstone life. I gave a lot of thought to optimizing my day-to-day: Was my workout optimal? What protein-rich foods were most efficient, in terms of cents per gram of protein, in maximizing muscle gain? Did I need to outsource parts of my day to a digital personal assistant in India to minimize repetitive tasks and maximize time spent building my goals? (These are real things I thought about). 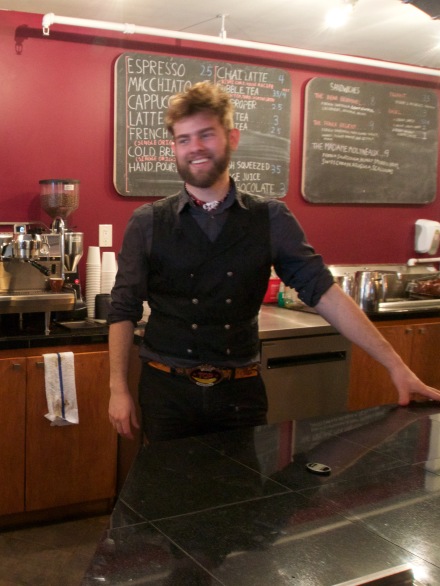 Also in my early 20s, I dated Sarah. Sarah is at least as intelligent as I am, but cared a lot less about making sure everything was exactly, perfectly, mathematically correct. After graduating from Hopkins, she trained for and took a job as a yoga teacher. She still teaches yoga to this day, as far as I know. She’d say things like “maybe in another life” — but didn’t believe in literal reincarnation any more than I did. Sarah is where my journey inward started. Sarah and I separated long before my journey really bore fruit, but maybe she’ll read this.

Along that path that leads into myself, I’ve come upon many more ideas about personal development that are just as, if not more, important than Tim Ferris’ “Fast Tips For Quick Success.” One of my favorite thinkers in this realm is Thich Nhat Hanh, a Zen Buddhist Monk who was nominated for the Nobel Peace Prize by Martin Luther King Jr. and whose books have review quotes on the back cover from the Dalai Lama. So, a pretty qualified guy.

We don’t want Camp Gemstone to be a “lifestyle brand” in the Instagram-celebrity “hashtag” sense. We aren’t really that interested in getting that perfect shot of Ruby in her hippie festie-dress as the sun rises over the ocean (we do hope you think we’re cool, though).

What we want instead is to help people make their best selves a reality. Tim Ferris says you need to spreadsheet it out, eat all your calories in one meal a day, optimize everything. Thich Nhat Hanh says peace is not just inside you, but in every step. “With every step, you arrive.”

I’ll call this the Tim-Thich Dichotomy. We think that an “optimized” life is rigid and robs life of its vibrancy, flavor, and joy. However, a purely philosophical approach has as its end a Stoic’s stone floor, a meditation cushion, and begging for alms. Maybe, like in all things, the answer involves an understanding of each one, separately and together.

Our preparation to embark on this journey involved not just some, but many of both Tim and Thich’s ideas. When we have advice or thoughts about forging your own path to freedom, it will take the form of either “How We Do It” (a Tim post) or “How We Think About It” (a Thich post).

Don’t worry, there we be plenty of pictures of Ruby on our Instagram, too. And we have a couple of other projects in the works.

It’s been a lot of work. It did not come easy — even only coming this far, getting to the beginning. But just because it’s hard, doesn’t mean you can’t do it too. We want to show you how.

By the way, what does someone like Tim Ferris mean when they espouse a technique for “success”? Money. He means money. But that’s for another blog post that I haven’t written yet.

One thought on “The Tim-Thich Dichotomy”